Brazil was undergoing great transformations and Rio de Janeiro was the center of attention, as the four hundred years of the city’s foundation were celebrated, and major events and demonstrations were planned. Aloísio Magalhães, the winner of the contest for the creation of the symbol of the IV Centenary.

In the ground-shaking year of 1965, artists and intellectuals were bluntly demonstrating. In this festive and, at the same time, effervescent context, art critic Ceres Franco and dealer Jean Boghici, on a plane trip between Ibiza and Barcelona, ​​decided to present an exhibition in Rio de Janeiro bringing together Brazilian artists linked to New Figuration and the foreign artists associated with the Narrative Figuration of the School of Paris.

“I thought it could be a very good connection, a political uncertainty and also the birth of another type of painting,” said Boghici. The title of the exhibition, according to the creators, was taken from the show Opinion. The idea was proposed to Carmen Portinho, then executive director of the Museum of Modern Art in Rio de Janeiro, who welcomed it with great sympathy. Thus, the exhibition opened on August 12, 1965. 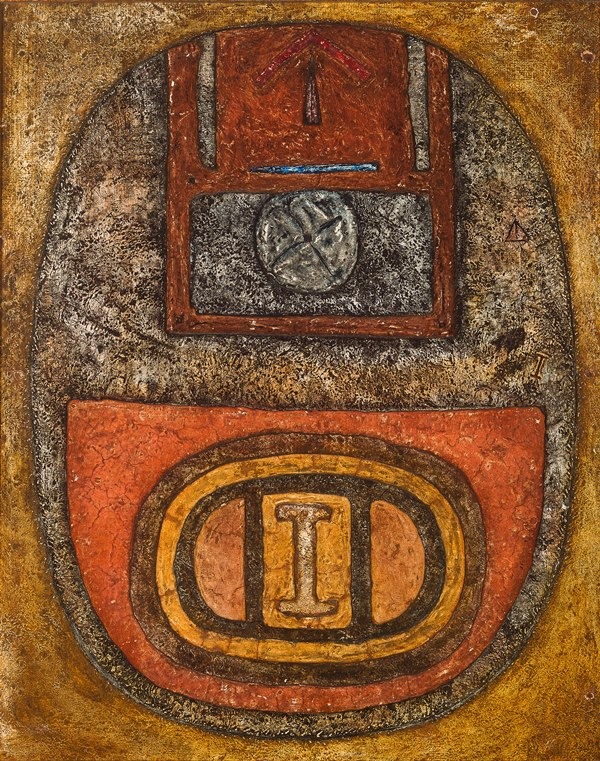 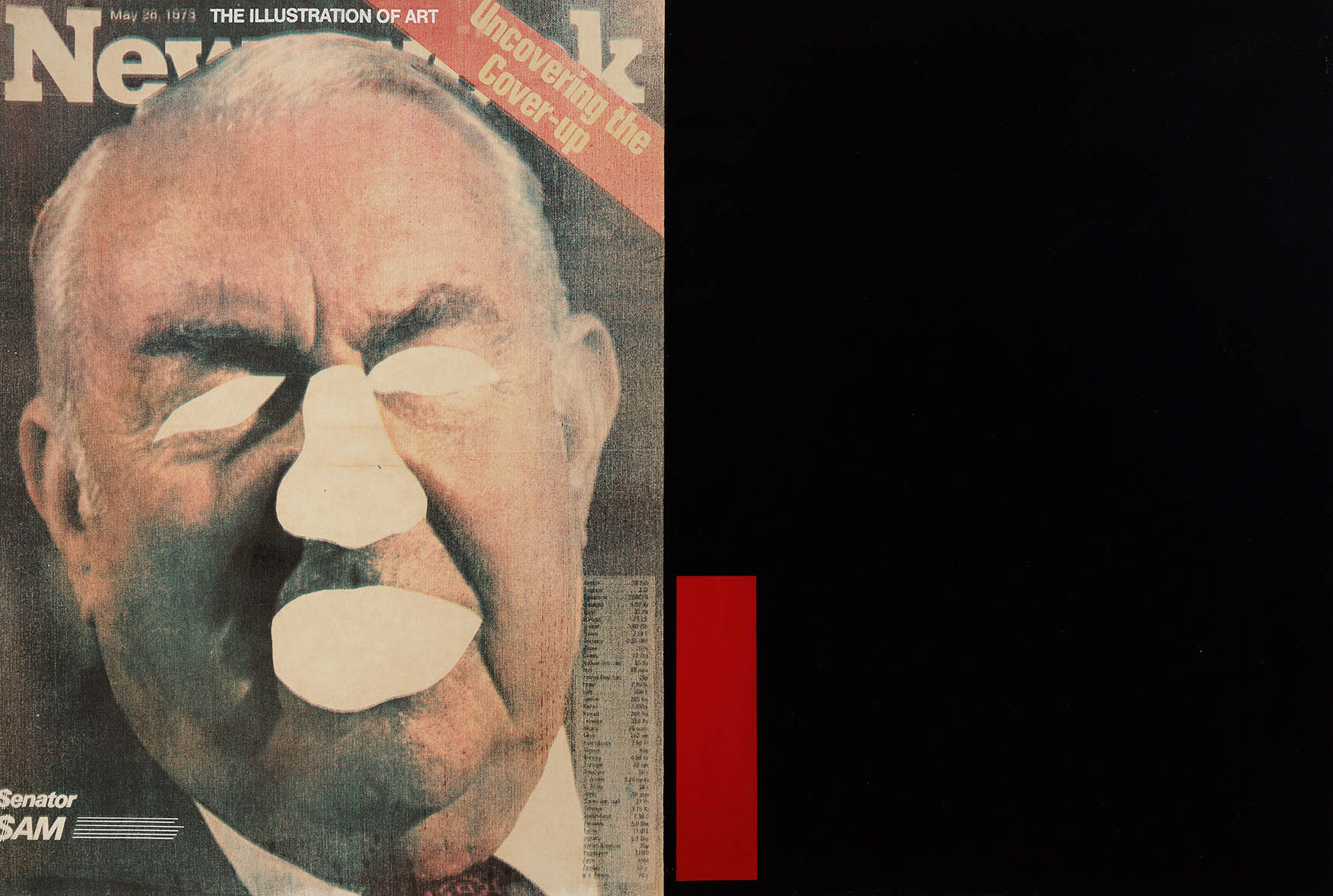 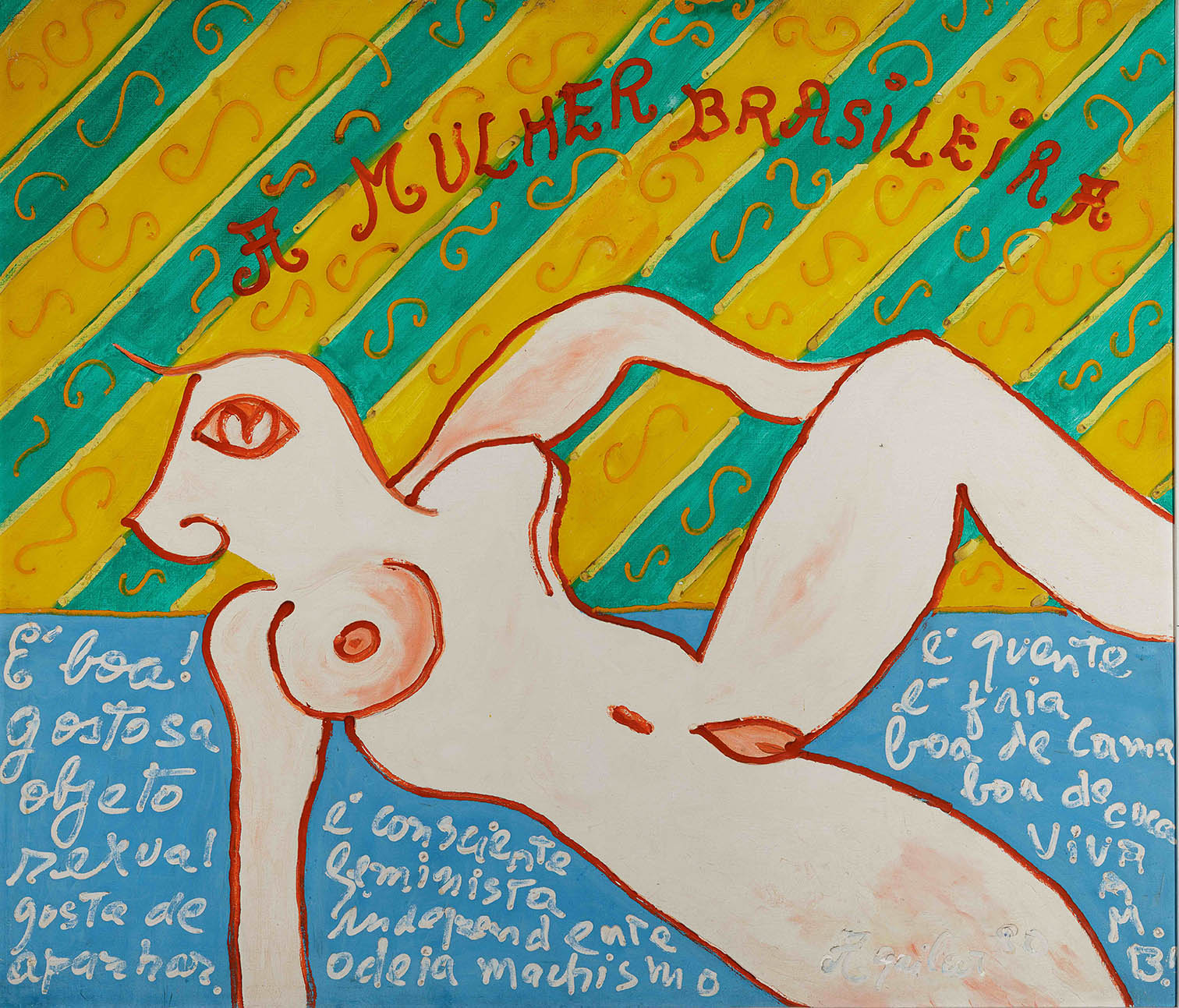 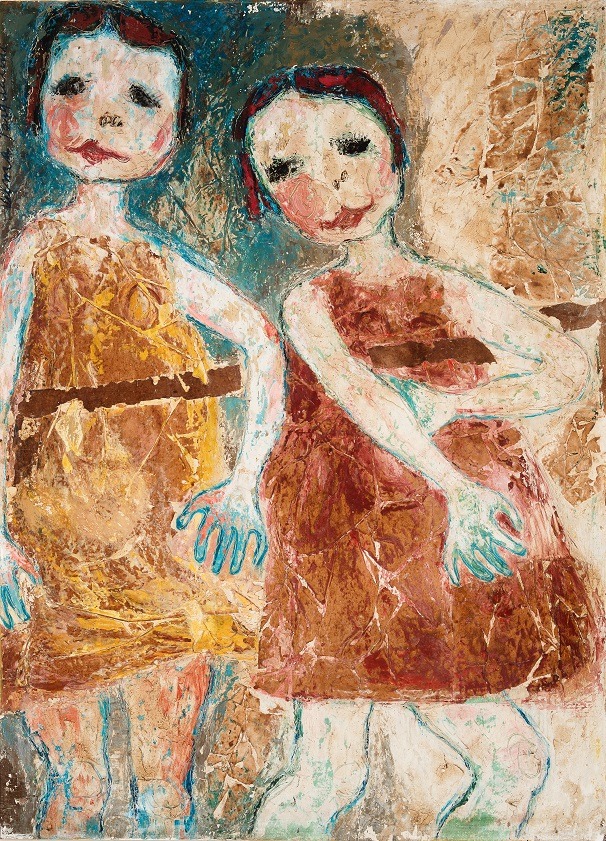 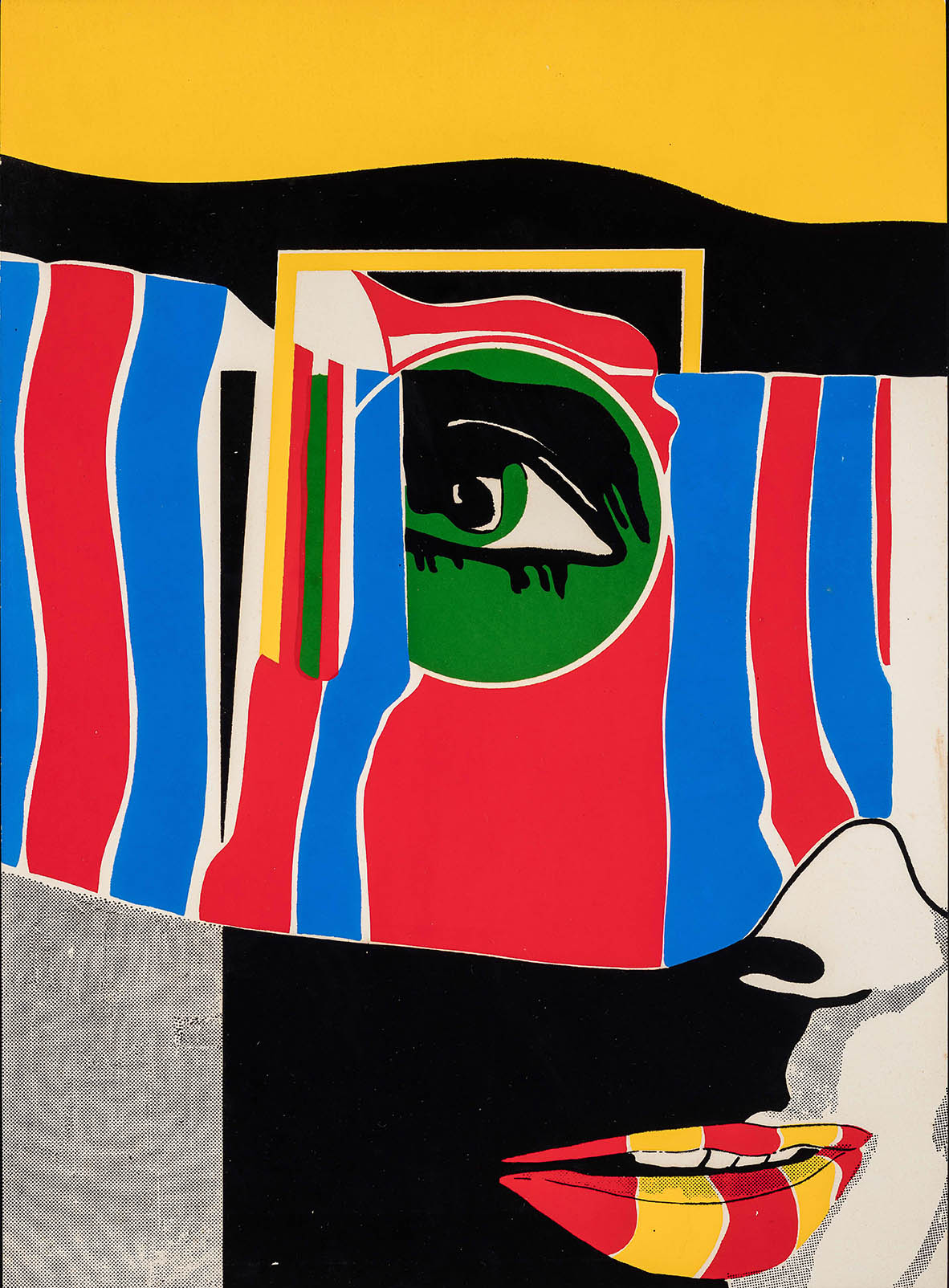 Artists and intellectuals were bluntly demonstrating. The show Opinion, directed by Augusto Boal, casting Nara Leão (then replaced by Maria Bethânia),  João do Vale and Zé Keti, was a musical show that interspersed music and theater, as a counterpoint to the military regime in force in the country. 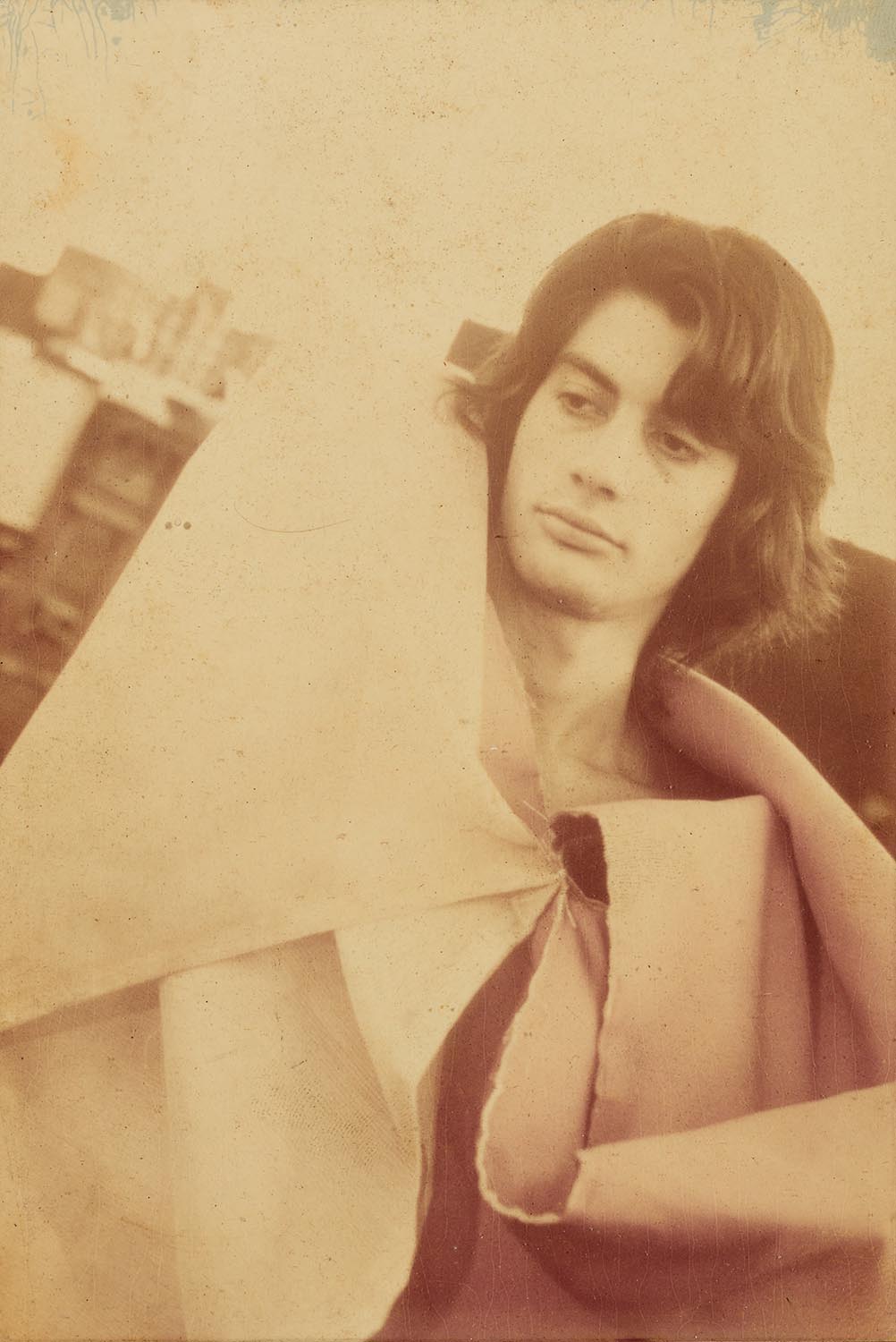 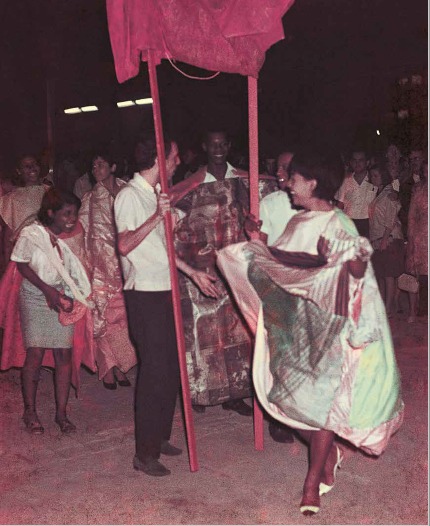 The dissonant tone, and at the same time, the highlight of the exhibition, was the presentation, for the first time, of Parangolé – collective of the young artist Héio Oiticica. As he takes the Mangueira samba school into the museum, wearing “capes” or carrying banners and tents. The fact caused great indignation to the directors of the museum, who expelled the artist and his companions. Then, they went to perform in the gardens, with the participation of all those present.

Rubens Gerchman describes the event: “It was the first time that people entered the museum. No one knew whether Oiticica was a genius or a madman, and suddenly I was amazed. He entered the museum with the people from Mangueira and we went after him. They wanted to expel him and he replied with curse words, shouting for everyone to hear: ‘That’s right, Criolos doesn’t enter MAM; this is racism’” 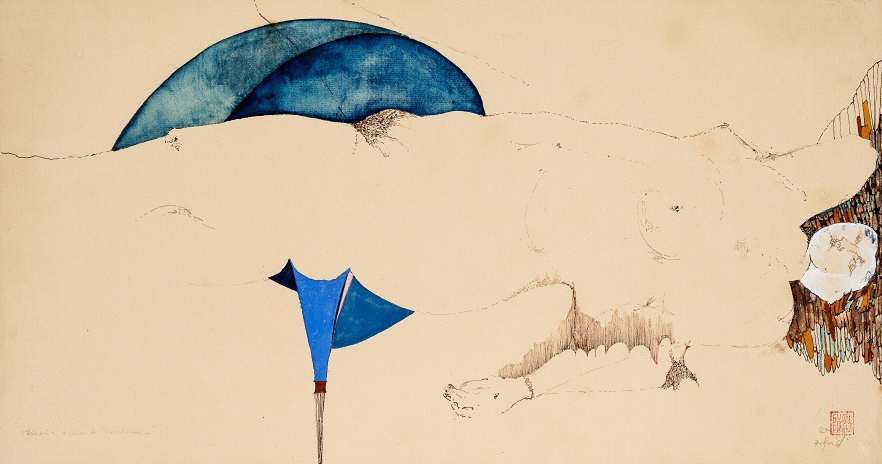 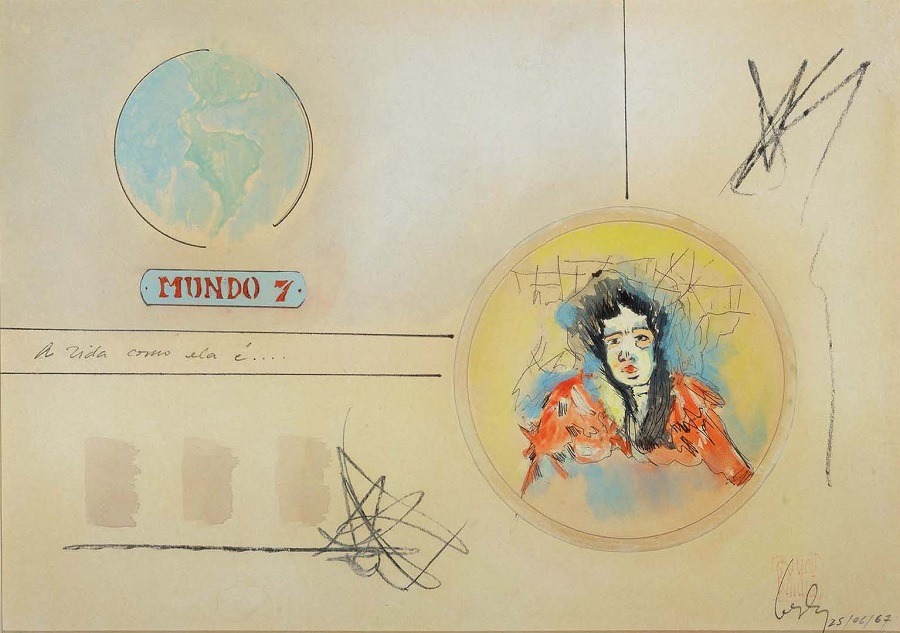 In the United States I tried to explore the possibilities of the English language, its ambiguities. For example, in the work MENWOMEN (men-women) the intention was to make a continuous, endless fence – MENWOMENSOMENWOMEN … – with hinges, like a kind of screen. The letters “wo” also mean “rib”, and gave the word a biblical connotation. I also learned that in Old English the same “wo” sound also meant the enchantment melody that the male used to attract the female.” 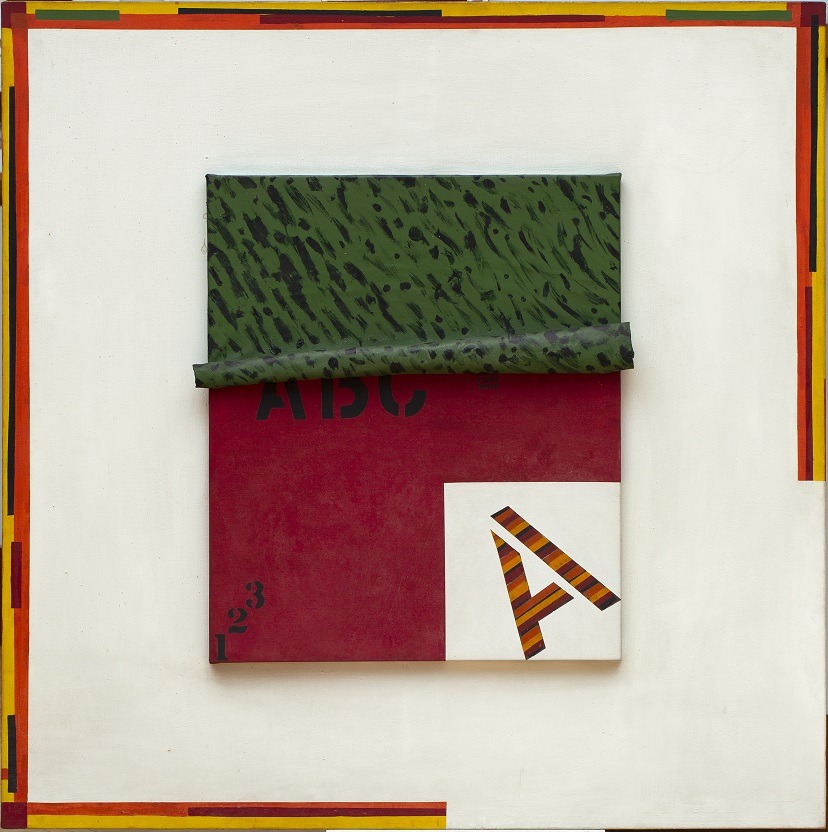 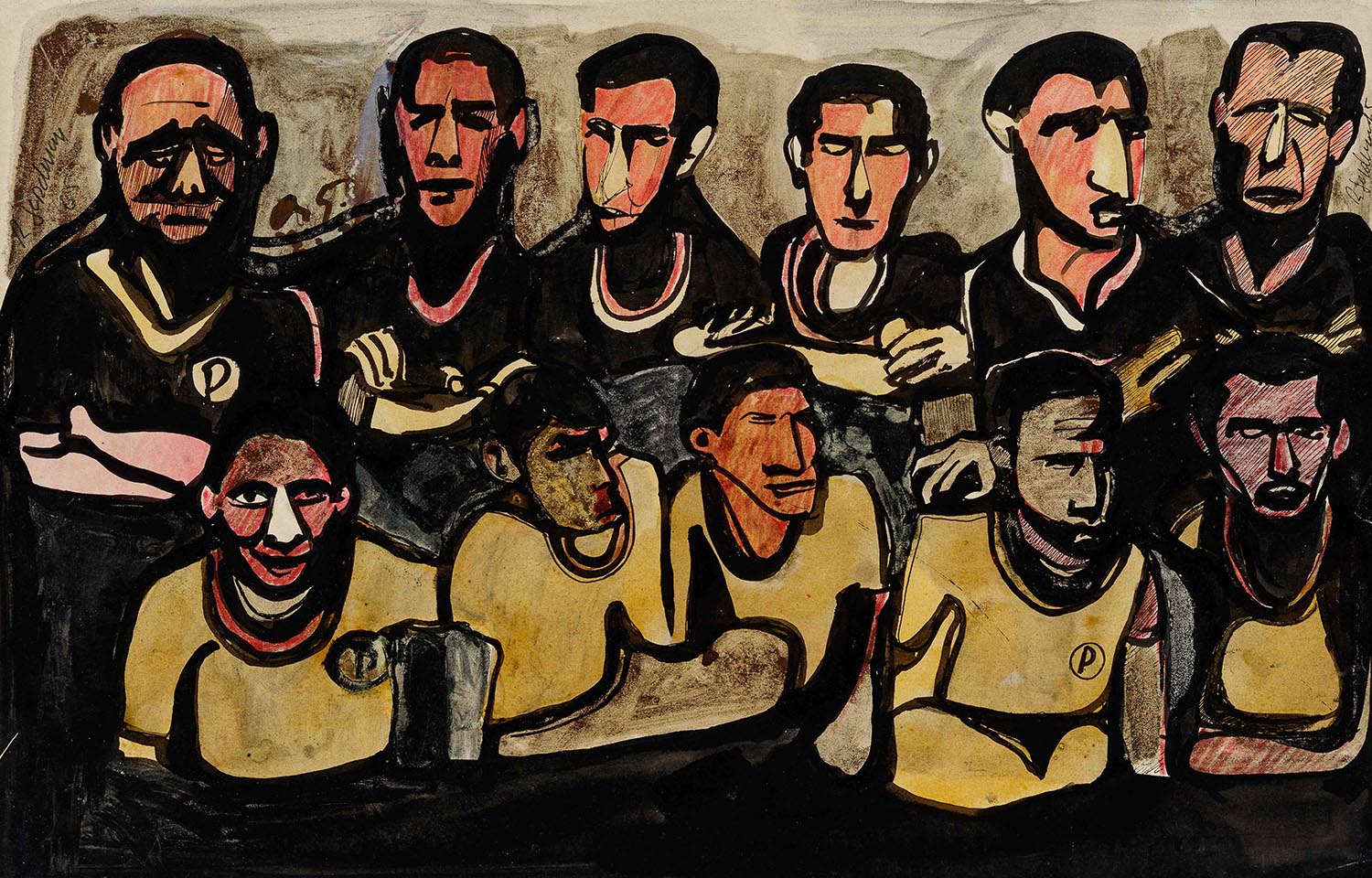 “In fact, it was the first time after the military coup that a group of artists met to give their opinions on the new Brazilian political situation, with their works. […] And even some strong works, centered on a social theme, stimulated political readings by visual analogy, such as, for example, “Palmeiras x Flamengo”, by Gerchman […]. In the traditional image of football players before the start of the game refers to the almost commonplace in the years of the military dictatorship, showing groups of Brazilian political activists being exchanged as kidnapped ambassadors. But it was also a matter of giving an opinion on the state of our plastic creativity and confronting it with the production of artists from Paris. Those over there, like us here, were equally concerned with giving a new meaning and a new function to the image. 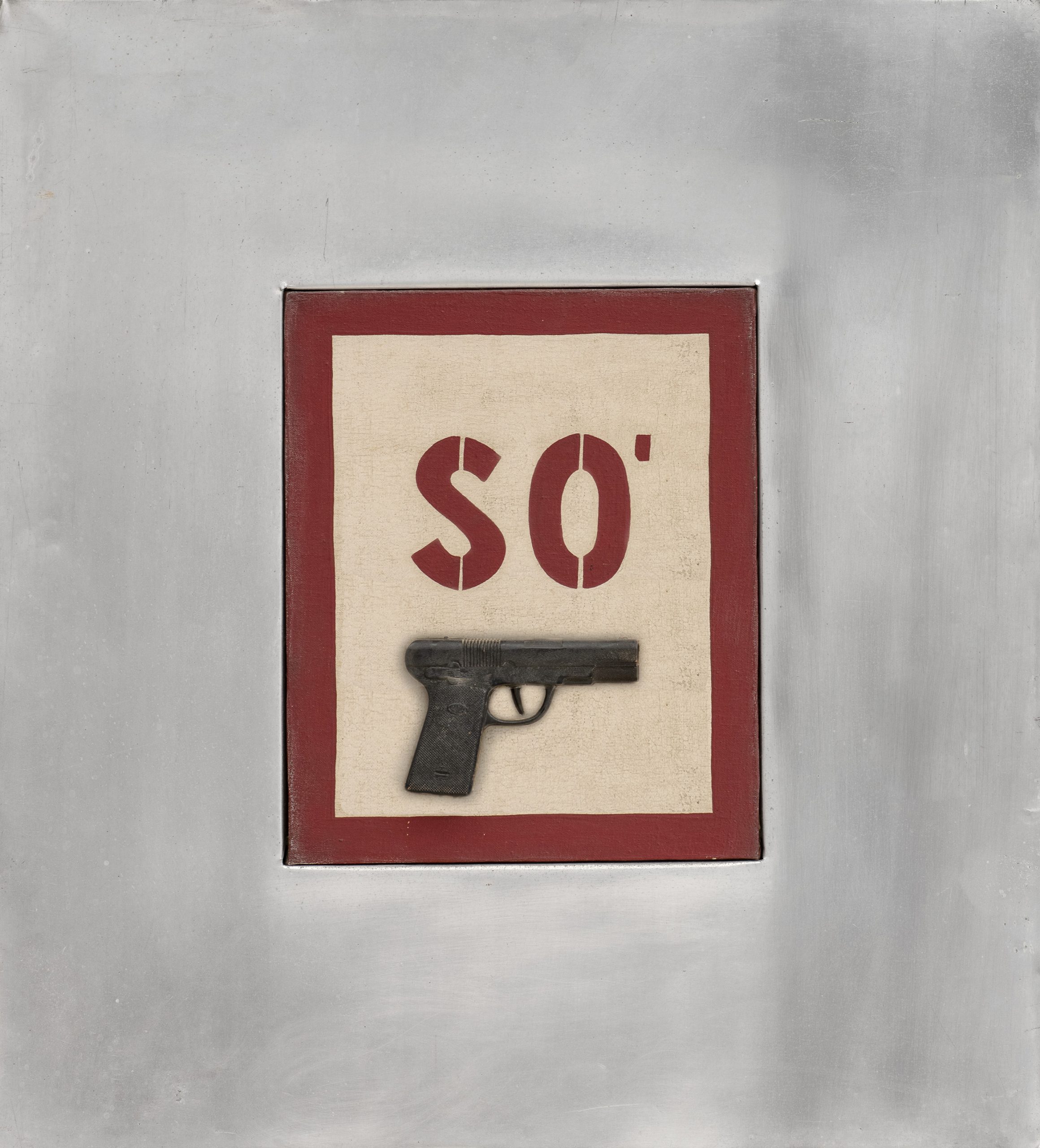 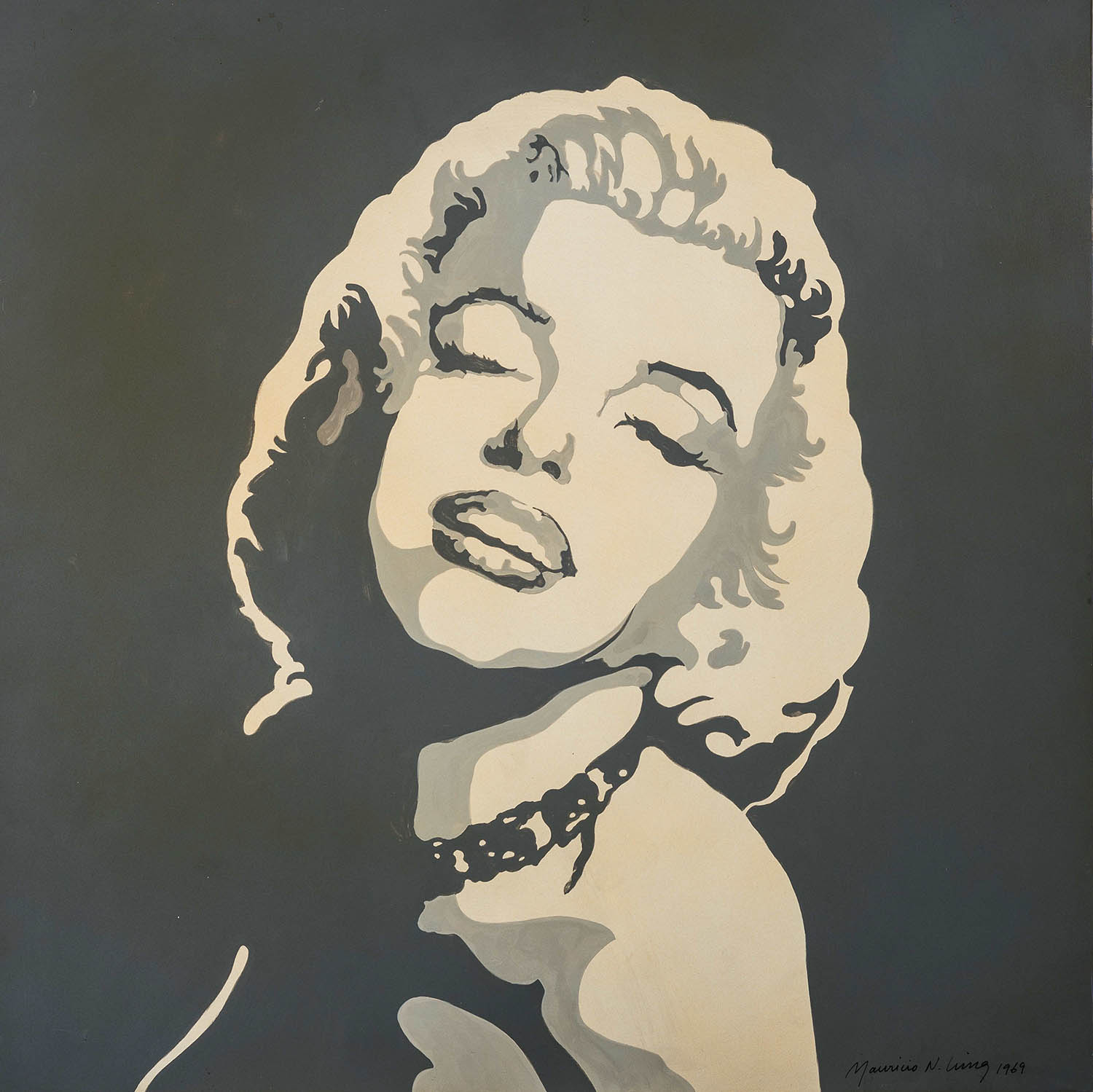 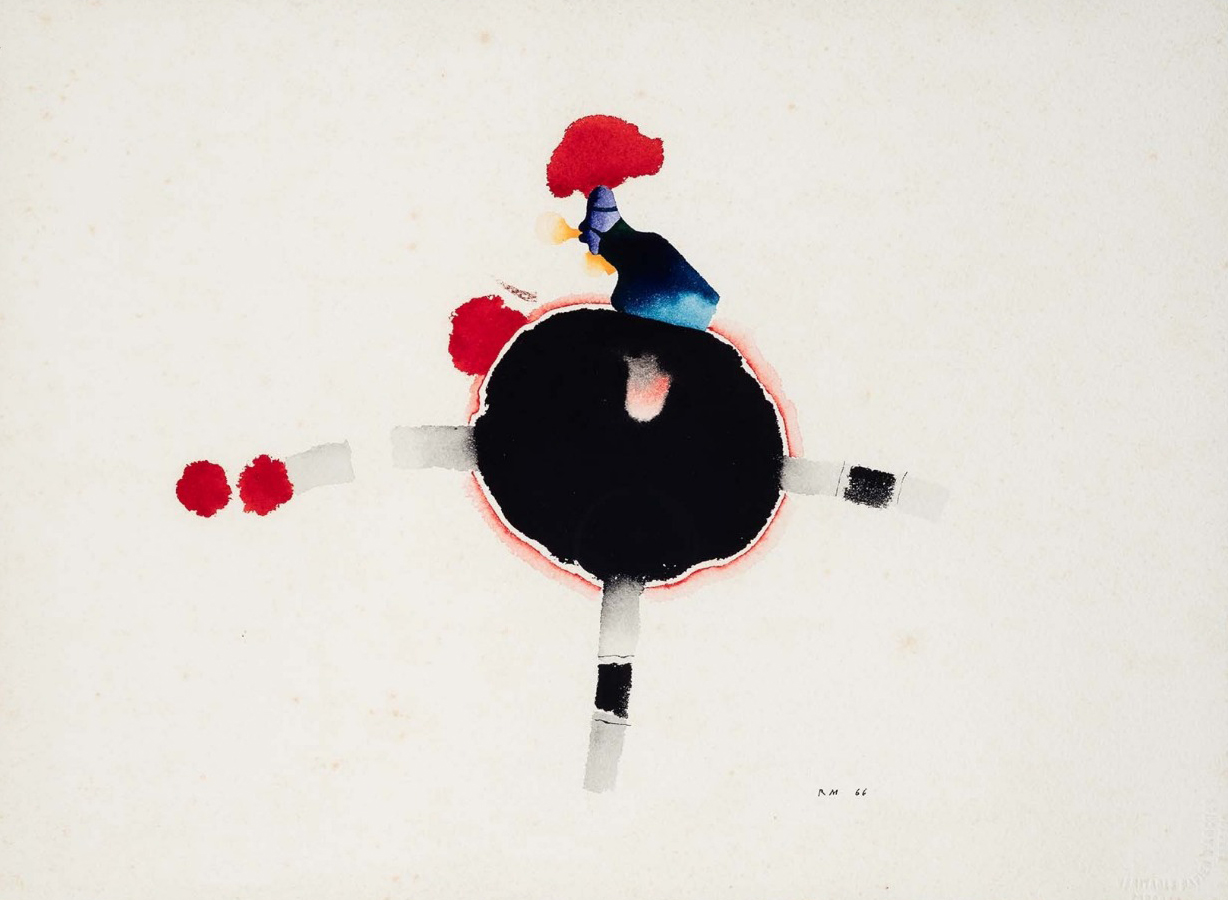 “(Opinion 65) It is a rupture exhibition. A break with an art from the past (…). The young painting intends to be independent, controversial, inventive, denouncing, critical, social and moral. it is inspired by both immediate urban nature and her own life with her daily cult of myths ”.